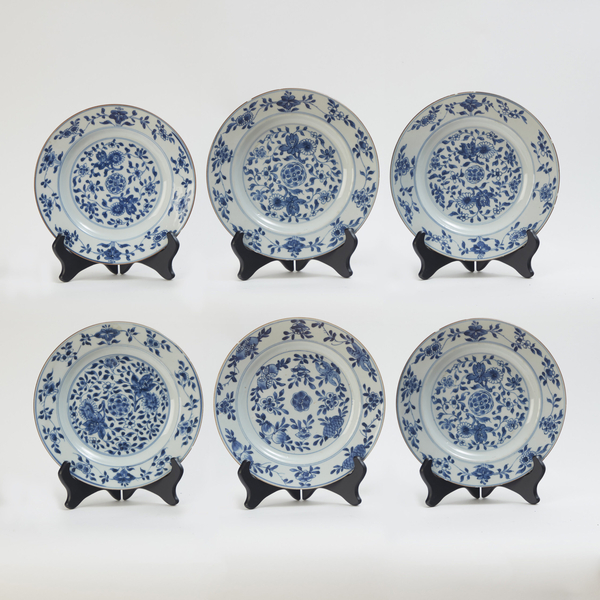 The symbolism of the plates is wishes for a long life : Chrysanthemum

One of the “Four flowers of the Season” as a symbol of the autumn, the ninth month and symbol of joviality, first mentioned in the Book of Rites written in the Zhou dynasty. The flower has come to symbolize easy life after retirement as reflected by the Song dynasty Scholar Zhou Dunyi (1017-1073) who regarded it as “the flower of scholarship and loneliness”. Chrysanthemum is also a well-known herb used to prolong life. The petals and leaves are used to make wine and medicine. The early morning dew, collected from the flowers, was thought to help with longevity.

Lotus – Lian-Hua, He – Thanks to the Buddhist influence, the lotus (or sea-rose) is of unique importance in Chinese folklore and symbolism. It is the symbol of purity and one of the eight Buddhist precious things. The lotus comes out of the mire but is not itself soiled. It is inwardly empty yet outwardly upright. It has no branches (no family/offsprings) but yet smells sweet. The words for lotus in Chinese have the same meanings as: to bind, connect (in marriage), one after the other, uninterrupted, to love, and modesty.
One of the Eight Buddhist Symbols.